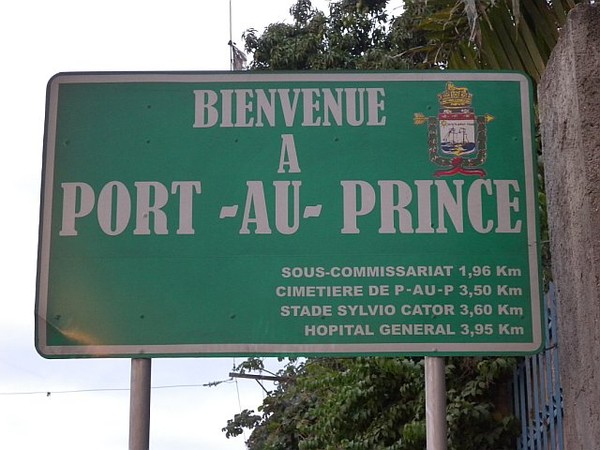 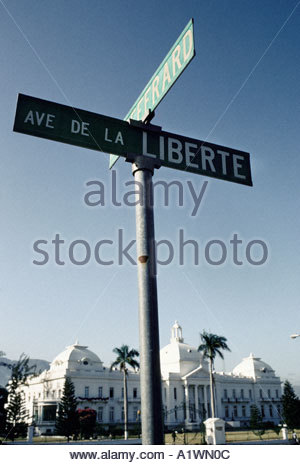 The arondissement consists of the following communes: 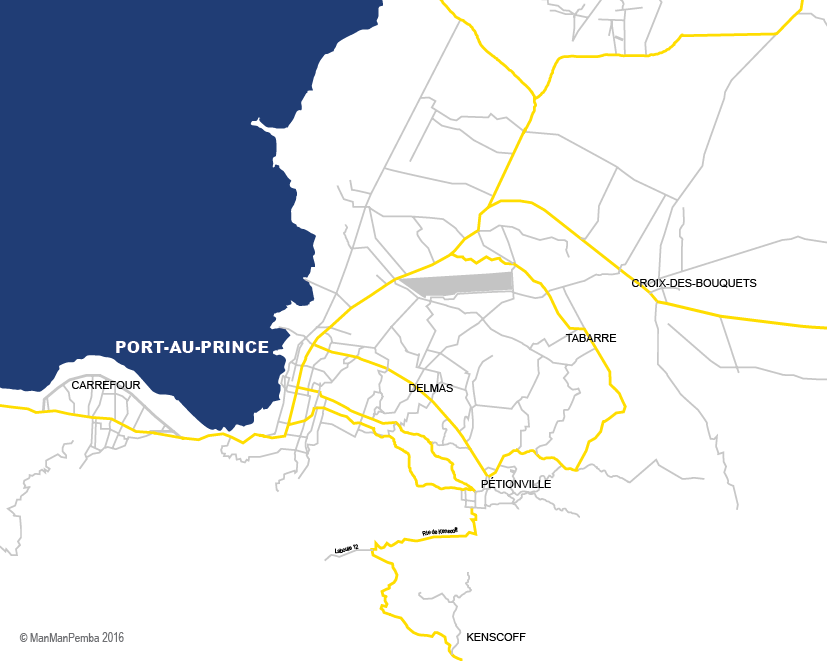 The "Republic of Port-au-Prince"

Although the people of the mountainous interior compose the majority of Haitians, and in a sense, also constitute the essence of traditional Haitian Society, for most visitors the first (and often bewildering) experience will be the teeming streets, broken infrastructure, and run-down buildings of the country's capital city. Port-au-Prince was made the capital of French Saint Domingue in 1749 but only begin to grow in size towards the end of the 19th century (1800s).. It's position as the country's economic and political center was not finally consolidated until the 1915 to 1934 U.S. occupation. Since then, it has remained the focus of both political and commercial life, consuming so much of the country's attention and national budget (90 percent) that critics have portrayed it as a state within a state, and cynics have dubbed it, the "Republic of Port-au-Prince."

In the second half of the 20th century, the city's population exploded from 150,000 in 1954 to about two million in 2000 - as peasants poured in from the countryside in search of a living.This great influx of people has overwhelmed the basic infrastructure, and most inhabitants must endure poor sanitation and drainage, a decrepit water system, intermittent electricity, intense traffic congestion, and inadequate garbage collection. Unregulated house construction as engulfed the once sedate and well-ordered residential zones of the city's downtown area and new shantytowns have grown up on any available land. According to a 1998 World Bank study, two-thirds of the population of Port-au-Prince lives in slums.

Today, the capital is a chaotic and anarchic sprawl, stretching from the coast up the mountainsides and out onto the Cul-de-Sac Plain. Over time slum developments have spilled out of the city center on to the coastal flats - to the south, the never-ending suburb of Carrefour, and to the north, the notoriously poor and destitute shantytown of Cité Soleil. The development of newer, much more up-market properties has been underway since the mid-1990s, and the slopes between the Delmas Road and the International Airport are home to huge construction sites.

High above the congestion and squalor of downtown Port-au-Prince is the mountainside suburb Pétion-ville where, amid cool and clean air, the elite families of Haiti's upper-class eat at French restaurants, shop at supermarkets stocked with imported goods, and generally live in a completely different world. Still further up the mountains, to Montagne Noire, La Boule and towards Kenscoff are the villas and surrounding gardens where this tiny Elite resides in secluded luxury behind high, barbed-wire fences, patrolled by private security guards.

The Port-au-Prince metropolitan area streets total over 600 km, of which about 200 km are paved. The streets are generally over 40 years old and in need of major repairs and rehabilitation. Street deterioration in the city has been accelerated by heavy rainfall and an inadequate drainage system. An IDB drainage project is improving the primary and secondary drainage networks. The proposed project would finance the maintenance of part of the tertiary drainage network (gutters). In addition, the city lacks proper passenger and freight terminals and sidewalks. Heavy congestion exists on all arterials, especially on the Carrefour Road, which provides the main exit to the south of the country. These latter needs would, however, be best addressed through a comprehensive urban transport project.

Retrieved from "https://haiti.fandom.com/wiki/Port-au-Prince_Arrondissement?oldid=17749"
Community content is available under CC-BY-SA unless otherwise noted.