When Dessalines ordered the massacre of whites following Haiti's independence, one group was given a notable exception to settle: the remains of Napoleon's Polish Legions. At the time, Poland was partitioned three ways between Russia, Prussia and Austria, and the Polish Legions were raised to fight for Napoleon in hope of French support for Polish Independence. The Poles were unhappy to be shipped to Saint-Domingue to put down someone else's nationalist struggle instead. Horrified at the French brutality against the free black armies, they eventually defected and Allied themselves to the Haitians.

In return, the Polish were granted land by Dessalines. Most of the thousand Poles settled in Canton de Plateau near Cabaret, now called Cazale - possibly a derivative of 'Zaleski', reputedly the name of the first soldier to settle there. The community still remains today - Haitian, but frequently with lighter skin and green or hazel eyes. A Wider impact has been left through the Polish icon Our Lady of Częstochowa - a black Madonna subsequently adopted as an image of the Vodun lwa Ezili Danto.

From Wikipedia, the free encyclopedia

In Haiti, there exists a community called Poloné (or La Pologne, "Polish"), partially descending (and claiming descent) from Poles that were sent there as a military legion by Napoleon in 1802–03. The community is centered in Cazale, a small village about 45 miles from Port-au-Prince. The name Cazale, or the home of Zalewski as many locals believe, originates from the popular Polish surname Zalewski and the Haitian Creole word for home (kay).

In 1802, Napoleon added a Polish legion of around 5,200 to the forces sent to Saint-Domingue to fight off the slave rebellion. Upon arrival and the first combat actions, discovering that the slaves fought off their French masters for their freedom, vast majority of Poles eventually joined the slaves against the French. The Polish had a familiar situation back home, where they fought for their liberty against invading Russia, Prussia and Austria that began in 1772; seeking to unite, some joined Napoleon's army (of which part was sent to Haiti). Many Polish soldiers admired their enemy and decided to turn on the French army and join the slaves, and participated in the Haitian Revolution of 1804. The community partially descends from the 400 surviving Polish Legionnaries that either defected to the slaves or were taken prisoner. These Poles were naturalised according to the new Haitian Constitution.

Haiti's first president Jean-Jacques Dessalines called Polish people "the White Negroes of Europe", which was then regarded a great honour, as it meant brotherhood between Poles and Haitians. Many years later, Papa Doc used the same concept when referring to Polish people.

In the François Duvalier (Papa Doc) era, the small town of Cazale became a communist stronghold where many young intellectuals clashed with the dictator's regime. As a result of their political indifference, March 29, 1969 became known as the worst day for the people of Cazale as Duvalier's Tonton Macoute (private army), built a barricade around Cazale, and murdered many young men.

In 1983, Pope John Paul II visited Haiti. He mentioned how the Polish contributed to the slave rebellion leading to Haiti's independence. Several Haitian Poles were selected from the most populous Polish areas of Haiti by Duvalier to attend the various ceremonies planned for the Pope's visit. To this day, many Polish Haitians still live in Haiti and are of mixed racial origin, as some have blonde hair, light eyes, and other European features. Most settled in Cazale, La Vallée-de-Jacmel, Fond-des-Blancs, La Baleine, Port-Salut and Saint-Jean-du-Sud. 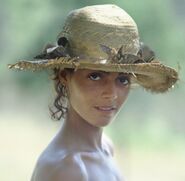 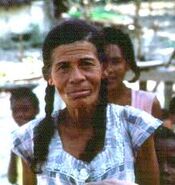 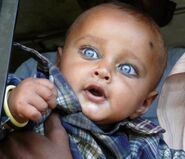 Add a photo to this gallery
Retrieved from "https://haiti.fandom.com/wiki/Polish_Haitians?oldid=30733"
Community content is available under CC-BY-SA unless otherwise noted.