Haiti Local
Register
Don't have an account?
Sign In
Advertisement
in: L'Acul-du-Nord Arrondissement, Nord, Haiti, Communes with 5 neighbors,
and 2 more

Milot is a commune in L'Acul-du-Nord Arrondissement, in the Nord Department of Haiti. Milot is a leading tourist attraction of the country, housing several historical landmarks and sites and having a rich history. In 2013, Milot was ranked No. 3 (behind Port-Salut and Île-à-Vache) by MondoBlog magazine, on its annual Top-ten list of the "most beautiful communes" in Haiti. 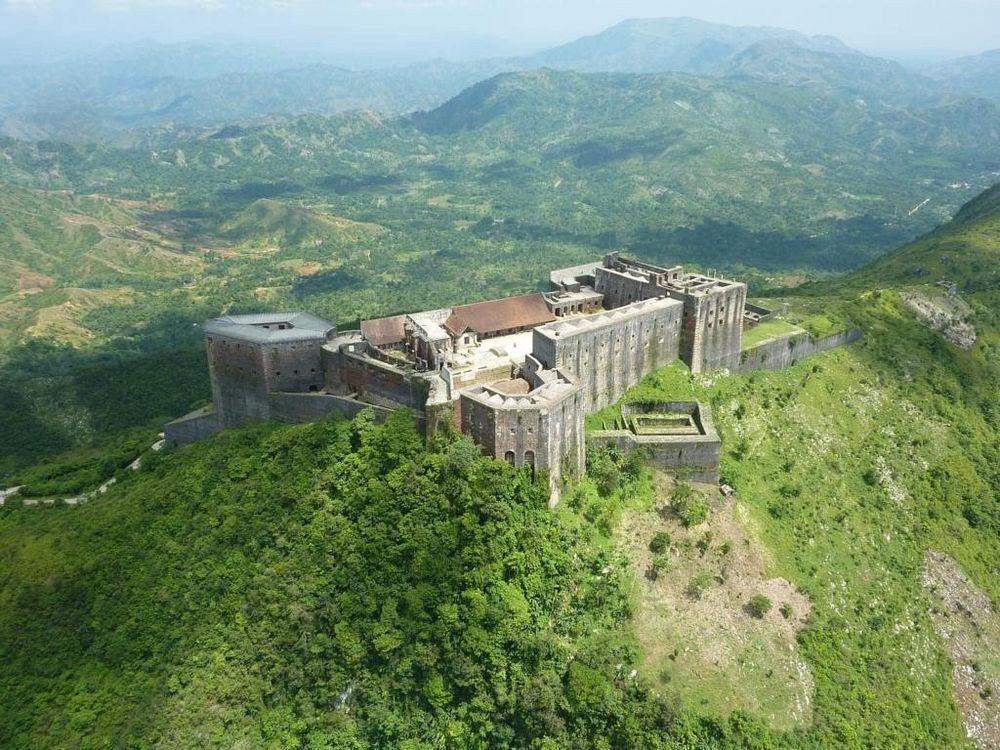 Milot is 20 kilometers (12 miles) south of Cap-Haïtien, a popular coastal city in the northern part of Haiti. 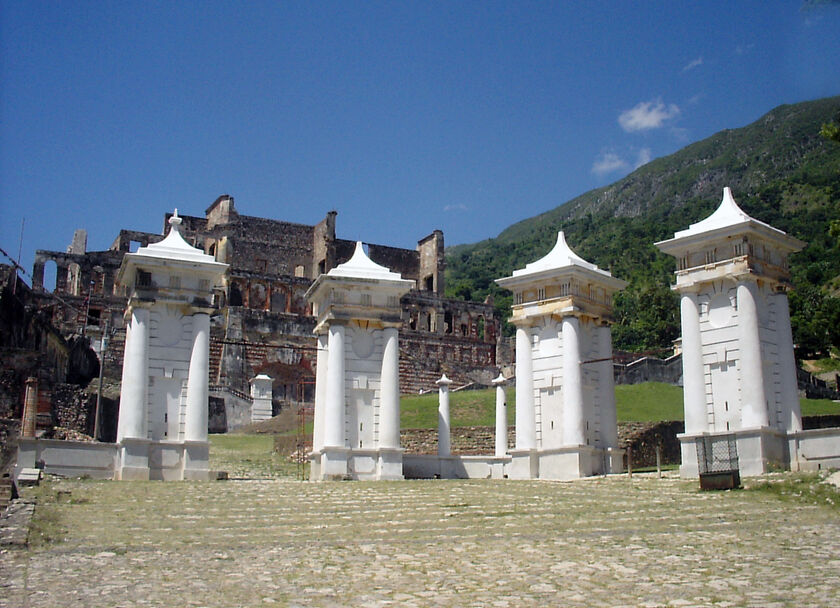 At 31,992, Milot is one of the least populated communes of the Northern Department. It is very lightly endowed in infrastructures, although it remains one of the municipalities of the country most visited by Haitian and foreign tourists.

In the 1800s, it was proclaimed the site of the country's first capital by King Henri Christophe. Under King Henri I's rule, the beautiful Sans-Souci Palace was constructed from 1810 to 1813. The construction also included the building of eight smaller palaces, fifteen chateaus, several forts and summer homes, as well as twenty plantations, all owned and managed by the then royal family. The Palace is the notorious site of King Henri I's suicide in 1820. In 1842, it was destroyed by a strong earthquake and was never rebuilt. Despite its rough shape, it remains one of the most enamouring sites to see in Haiti, resulting in its designation as a UNESCO World Heritage Site in 1982.

• By the law of September 14, 1905, the La Rivoir habitation was reintegrated from the North Plain into the town of Milot with 8 other habitations which were in the same case.

Milot is located at 19.6093° N, 72.2134° W. According to the IHSI, this commune has a total land area of 71.64 square kilometers (27.66 square miles), of which 40.94 km² (57%) is suburban, 28.87 km² (40%) is rural, and 1.83 km² (3%) is urban. Milot is an inland town located at the foothills of the Northern Mountain Range. It is bordered on the north by the city of Cap-Haïtien, on the east by the town of Quartier-Morin, on the southeast by the city of Grande-Rivière, on the south by the town of Dondon, and on the west by the town of Plaine-du-Nord. Milot has a district and three communal sections. Its land area consists primarily of plains and mountains. Its climate is considered tropical.

The inhabitants of this commune call themselves Milotien/ne.

Economically and financially, there is listed a restaurant, two credit unions, and a marketing cooperative.

The main markets in the town are Baquinie in the 1st section and Marche Neuf in the 2nd section.

Part of the municipality's roads are partially worn out and the other is not. Its streets are earth and are in poor condition. The road that connects the city to some communal sections is gravel.

The Ministry of Education of Youth and Sports is not represented in the Commune of Milot. Concerning schools, a kindergarten and two public, and a congregational school have been listed. Over a dozen private schools have been listed as well. Information on secondary schools is not available.

The Ministry of Public Health and Population is not represented in the commune of Milot. On the other hand, a health center with bed was inventoried with with a team of doctors, a dentist, nurses, auxiliaries, certified matrons, and laboratory technicians.

Today, Milot is considered to be a hospital village since the devastating 2010 earthquake that hit Haiti. It hosts the Hopital Sacre Coeur (HSC) funded by the Crudem Foundation, Inc. and the Sovereign Military Order of Malta.

A police station with two dozen policemen, a court of peace and a registry office constitute the administrative and judicial infrastructures of the commune of Milot.

For religion are listed several faiths in the town. Baptist churches are proving to be more numerous.

The town has no phone. Cell phone coverage exists in the only in the city and the 3rd communal section. The postal service is only available in the city.

In the field of the press, the municipality has no television station, no newspaper / magazine but has a radio station, "Radio Voix Peasants" located in the 2nd communal section of Trois Ravines.

As for Leisure, the town has no library nor museum. There is a theater and cinema. Apart from the sport practiced in the town such as football (soccer), seven gaguères complete the meager places of entertainment and recreation of the inhabitants of the Commune. In the field of Cultural Heritage, we note the existence of three sites (Sans Souci Palace, the Catholic church of the town, the Citadel) that make the town of Milot one of the municipalities more visited by Haitians and foreigners. The Sans Souci Palace is located in the urban area of ​​the town and the Citadel in the second communal section of the Bonnet à l'Evêque.

Aside from the Sans-Souci Palace, Milot is home to the most popular landmark in Haiti, the Citadelle Laferrière. It is a large fortress located at a mountaintop, constructed from 1805 to 1820 by King Henri Christophe. The fortress is considered the largest of its kind in the Americas.

Haitian kid guiding a man on a horse

Palace, with people (for scale)

SOIL helps communities build toilets that transform waste into fertile soil. This one is near the historic palace San Souci