Start a Wiki
Jérémie is located in the Jérémie Arrondissement in Haiti and is the main city of the Grand'Anse region. It was founded in 1756. Navassa Island is located around 40 nautical miles to the west of the city.

Jérémie is the capital and largest city of the Grand Anse Department. Located on the northwest coast of the Tiburon Peninsula, it is the centre of economics, culture and politics of Grand'Anse, with a regional population of 238,213 as of 2015.

Jérémie's business opportunities, as well as its proximity to major international shipping lanes, has historically attracted migrants characterized by European and African heritage, combining many communities and cultures.

Established in the 18th century as Trou Jérémié, the city became an important trading port and market for various produce like logwood, cacao, hides, coffee, mangoes, bananas and sugarcane obtained from the fertile countryside areas. It became the capital of the Grand'Anse Department in 1760. As per 2015 census, population of the place has been around 130,000 people, making it Haiti's 5th most populous state capital and 12th most populous city. As compared to the rest of Haiti, it is relatively isolated. It is divided into the Basse Ville Downtown and Haute Ville Uptown, namely the commercial center and the residential section. In the residential section you get to see quaint green and pink cottages.

It has two quarters and nine communal sections. The city, the first and the ninth communal sections are coastal, while the neighborhoods and other sections of the municipality are considered interior areas. The dominant relief of the commune of Jérémie is the plains and its climate is normal. Its inhabitants bear the name of Jeremien.

The 1954 a hurricane had destroyed the Jeremie town badly sending it to a decline. The port was closed by Duvalier in 1964 since the locals opposed his regime. In Jérémie , around 27 people were massacred by the Tonton Macoutes and the Haitian army, during the Jérémie Vespers in the year 1964. The roads are not in good condition and are expected to be constructed with the grant now being made available to Jérémie. 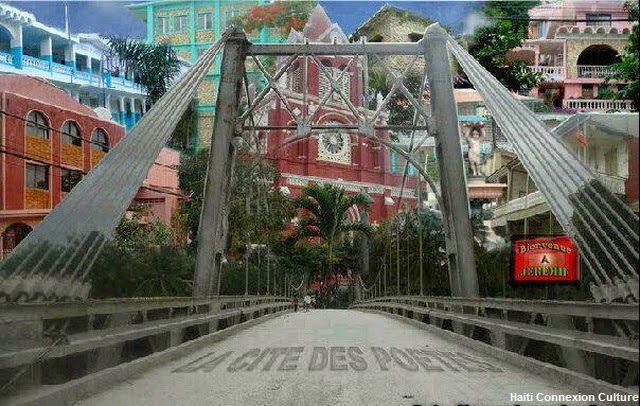 Numerous historians, writers as well as poets were born in Jérémie city and hence it is termed as the city of poets. Prominent writers such as Etzer Vilaire and Emile Roumer were born here. General Thomas-Alexandre Dumas, the father of Alexandre Dumas Pere a historic novelist, was born in Jérémie. Very close to the city, flows the Grand-Anse River.

In terms of economic and financial infrastructure, the municipality has four hotels, a pension, several restaurants, several reception centers, a bank, three credit unions and seven marketing co-operatives. As for commercial establishments, the town has a dozen large shops, a super market, six construction materials, two depots and over 50 food supply centers.

The Ministry of Education of Youth and Sports has been represented for six years in the municipality by the Departmental Direction of the Grand Anse. Two (Kindergarden, numerous primary schools (including preschool), twenty four secondary schools, six technical and vocational schools, sixteen literacy centers, one university and six other higher schools have been inventoried in the commune.

The Ministry of Public Health and population has been represented for over six years in the municipality by the Departmental Health Bureau of Grand Anse. The commune has a hospital, two dispensaries, an asylum and two health centers without a bed. The medical staff is composed of several doctors (graduates and trainees), dentists, numerous nurses, auxiliaries, certified matrons, laboratory technicians and other health workers.

With respect to water resources, the city of Jérémie has three rivers, ten springs of which four are collected and distributed. In addition, it has four ponds, three wells (single bore) and public fountains with over 20 taps. Regarding electricity and communication, the city of Jeremie is electrified by a generator of a power equal to 900 kw, under the direction of the Electricity of Haiti.

Telephone service is provided by a staff of over thirty employees. The number of lines is more than a thousand. Apart from the postal office that exists in the town, there is the Express Mail Service (EMS) which also ensures the distribution of mail in the area. There are two radio stations but, there is no television station, nor newspaper / magazine in the commune.

As Leisure, the municipality of Jérémie has three libraries, a theater and a cinema room. There are also eleven football (soccer) fields, four other sports fields such as volleyball, basketball and tennis. In addition, seven night clubs, twelve gaguerres and three public places complete the list of entertainment venues in the town. In terms of cultural heritage, the town has a number of sites (natural, colonial and historical). It should also be noted that Jérémie has seen the birth of several poets who have marked the history of Haitian literature, for example: Etzer Vilaire, Emile Roumer, Jean Brierre, and René Philoctète. It is also the native town of President François D. Légitime, the lawyer Linstant de Pradines and the politician Calisthenes Fouchard

Jérémie aerial
Add a photo to this gallery

Retrieved from "https://haiti.fandom.com/wiki/J%C3%A9r%C3%A9mie?oldid=30697"
Community content is available under CC-BY-SA unless otherwise noted.