Chantal is a commune in the Les Cayes Arrondissement, in the Southern Department of Haiti. It had 34,121 inhabitants at the 2015 census.

Chantal is a community that aspires to development. Its inhabitants, in spite of their weak means, make efforts in this direction.

The area known as Chantal was first a district of the commune of Torbeck. It was erected as a commune in 1937, under the Government of Stenio Vincent, on the request of the notables of the locality. Mainly the citizen Feu Dieuveuille Saint Paul, a progressive, helped in this task by the then Senator Antoine Thélémaque and his fellow parliamentarians. On the historical level, the name of Chantal (Jantal) is probably the name of a French colonist, as one day said, one of the mayors of this commune.

Chantal is an interior commune of the southern department and has three communal sections. Its dominant relief is the plain and its climate is normal. The inhabitants of the town are called Chantalais. This population is relatively young.

Chantal has a hot and wet tropical rainforest climate (Köppen climate classification Af) and averages 168 clear days per year. The temperature varies so little throughout the year that it is not entirely meaningful to discuss hot and cold seasons. The rainfall in Chantal is significant, with precipitation even during the driest month. While most days have warm and pleasant temperalefttures, Chantal has an average wind speed of 14.9 kph (9.3 mph). 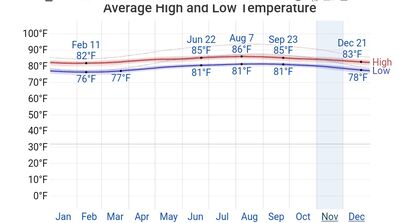 From the point of view of Economic and Financial Infrastructures, the municipality is quite deprived. There is no hotel, board, restaurant or bank.

Agriculture, livestock and trade are the main economic activities of the inhabitants of the municipality. Trade with other municipalities such as Les Cayes and Port-au-Prince.

The inhabitants are mainly concerned with agriculture which is very precarious. The weather is marked by prolonged droughts. This agriculture is traditional and rudimentary, not mechanized. However, they are familiar with the use of the marshes especially in maize and millet crops. The use of the animal traction plow is also known.

Women are engaged in the retail trade. They offer their goods to the inhabitants of Arniquet and Ducis. Friday is the public market day to Chantal. People come from various localities and especially from the town of Les Cayes.

Industrial activities are non-existent. No processing plant. The craft professions have declined considerably. In the past there were flourishing cabinet, shoe, sewing workshops for young people and girls. Now all of this is gone and leaves very few traces.

The plains of Smith and Dupéron were once known for their paddy fields. Today their capacities are greatly reduced because of the drought. Yet they are crossed by an important river called Rivière des Mornes whose waters could irrigate them. Unfortunately the technical means are totally lacking. Aid for irrigation and employ of modern agricultural techniques would be welcomed as an asset that would allow the still backward inhabitants to change their kind of life.

The city of Les Cayes, head of the South department, is about 24 kilometers (15 miles) from Chantal. There is a close relationship between these communities. Economically, Chantal, with her public market on Friday, represents an important storehouse for both Les Cayes and Port-au-Prince. Food supplies (bananas, yams, sweet potato, mazombelle, taro), cereals (maize, petit-mil), green vegetables, animals for slaughter (oxen, pigs, goats, sheep or ewes) are transported to cities by trucks or on the backs of animals by mobile merchants commonly referred to as salesmen.

Chantal is located off the Route 2 Extension, further west past Les Cayes. Directions here include making a left after Carrefour Béraud and "crossing a river bed". If it rains, the town is an island.

The line of communication linking the Melonnière and Carrefour-canon sections is a gravel road. Then the other ways are only trails.

The Ministry of the National Education of the Youth and the Sports is not represented in the commune of Chantal. Chantal has many primary and secondary schools that comprise its school system:

(operating in the afternoon from 13 hrs to 19 hrs)

6. The school of the Sisters of the Immaculate Conception of Chantal

7. A primary school in each communal section

Chantal's school youth study preferably in Les Cayes. She intends to find in this great city more teachers that are better prepared. Secondary courses are offered to Chantal in a high school and classical colleges. On the other hand, no sign of a vocational school is visible. The Chantalaise youth would also like to be trained professionally. There is a lack of that education. The learning of a profession has the virtue of raising the economic, social, moral and spiritual level of man. The Chantalis aspires to it and hopes that solidarity will help reach this goal.

The Ministry of Public Health and Population is not represented in the commune of Chantal. As a result, ARDESCH (Association for the rehabilitation and economic and Social development of Chantal) does not remain indifferent. Its members know that the path of development undoubtedly passes through health. The agglomeration of Chantalaise, in order to achieve its objectives, needs to improve its sanitary conditions. Chantal is not yet subject to urban pollution, but her health needs are numerous and are felt.

The health infrastructure is very rudimentary. This is what it consists of: ARDESCH, in its field research, can be based on information provided by the authentic representatives Chantal's health sector.

This framework reveals all its shortcomings. The agents who provide this care are not doctors, nurses or nurses. We have two or three experienced auxiliaries who serve Chantal's clinic.

For the others they are trained agents on the job and have a real volunteerism in the hope of becoming employees. Their formation is due to short term seminars. Among them one recruits mostly midwives or matrons for the deliveries of the peasants. When the situation goes beyond them, they refer the case to the General Hospital of Les Cayes.

Its foundation by the nuns dates back to the year 1953. Since then it's run by a nun. Frozen in immobilism for a long time, it eventually evolved. Other services such as a laboratory and a pharmacy were created. Its physical setting is too narrow to hospitalize the sick. Many cases of mortality result from this deficiency situation. Children follow the same treatment regimen as adults. It would be good to help them. ARDESCH, in the interest of the collective well-being of the community of Chantal, seeks solidarity for the men, women, young people and children of this community nestled in a corner of the county of Les Cayes, in the Southern Department of Haiti.

The town of Chantal has six rivers, six springs and public fountains with about 107 taps. The city of Chantal has a sanitation service and is electrified. The power supply frequency is 70 hours per week.

For Administrative and Judiciary Infrastructures, the National Police of Haiti (PNH) is represented by a sub-commission and the Ministry of Justice, by a court of peace. There is also a civil status office. There is no prison in the commune.

Within the commune evolve various religious faiths. The most prominent are the Catholics, the Pentecostals, and the Baptist churches. Seventh-day Adventists are beginning to implant. We must also add the Jehovah's Witnesses. The Vodun is practiced at different levels.

At the level of parties and organizations, the municipality is very lightly endowed. It has only two grassroots organizations, two women's groups and a non-commercial cooperative.

• ARDESCH (Association for Recovery and Economic and Social Development of Chantal)

The municipality has a post office. However, there is no radio station, television, nor newspaper / magazine.

As for Leisure, there are twenty-one listed gaguères in the commune. The football (soccer) is the only sport practiced by the inhabitants of the town. There is no library, museum, theater nor cinema. The Fortress of the Plantons is the only site inventoried in the commune of Chantal.

Retrieved from "https://haiti.fandom.com/wiki/Chantal?oldid=29067"
Community content is available under CC-BY-SA unless otherwise noted.