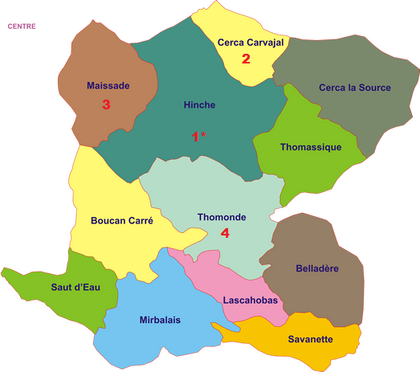 The department is divided into 4 arrondissements: 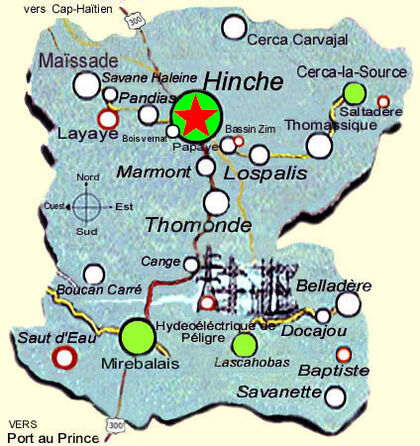 One of Haiti's departments, it was formed as a result of territorial redistribution during the dictatorship of Francois Duvalier in 1962. With an area of 1,418 square miles, it is the third-largest of Haiti's 10 departments. It is politically subdivided into four arrondissements and twelve communes. The province's capital is Hinche. It is the only landlocked department in Haiti. The Peligre Dam, the largest hydroelectric dam on the island of Hispaniola, is located in the department and provides the Artibonite with vast supplies of water for irrigation of the rice fields.

Retrieved from "https://haiti.fandom.com/wiki/Centre,_Haiti?oldid=14241"
Community content is available under CC-BY-SA unless otherwise noted.