Borgne (Kreyol: Oboy) is a commune in the Borgne Arrondissement, part of the Northern Department of Haiti. The population was 67,000 at the 2015 census. Borgne includes the villages of Ville de Borgne (the Town Center), and Petit Bourg de Borgne. Both villages are precincts with their own voting district, various town offices, and business center. 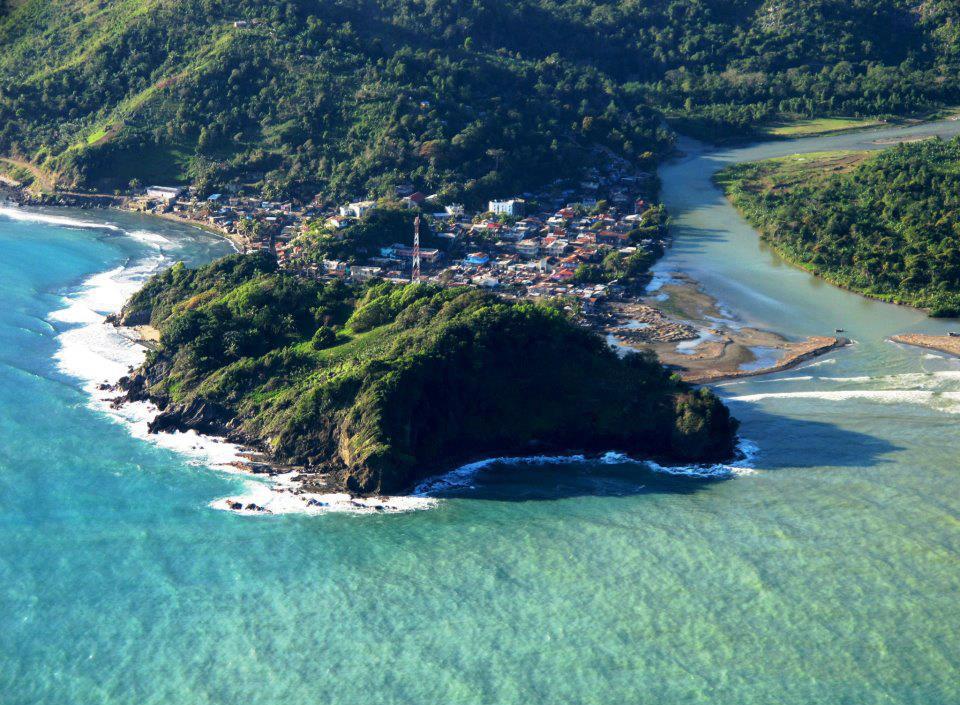 Borgne is about 45 kilometres from the city of Cap-Haïtien, the Nord Department's center and capital. Its location on the northern seaboard of Haiti provides easy access to the Atlantic seashore. The town is known for its simplicity, its captivating beaches, as well as its thick flora and fauna. The town, formerly called Embarcadere, includes historic houses, pastoral landscapes, and old caves that accompany rugged mountainous trails. It also has a rich Catholic heritage, which remains strong due to the influence of the many holidays celebrated. Each section also hosts a yearly celebration dedicated to patron saints that the public may attend. Thus, people visiting Borgne may well share the festivities with those familiar.

Borgne lies on the coast of the Atlantic Ocean North Atlantic Ocean, and both the eastern and western portion of town are bordered by mountain peaks and several other foothills to the south. The highest point in town is found on the border of the Fond-Lagrange and Margot sections, with an elevation of at least 720m (2360 feet), according to the most recent (2011-2012) USGS topographical map. Several areas of town are plains, including the river valleys of the Petit-Bourg and Marro Rivers and a forested area in the central part of the commune, what lies within the commune's third section.

Borgne is bordered by Port-Margot to the east, Pilate to the south, Gros-Morne to the southwest, and Saint-Louis du Nord and Anse-à-Foleur to the northwest. It is located 53 km (33 miles) west of Cap-Haïtien and 243 km (151 miles) north of Port-au-Prince. The inhabitants of this municipality are named 'Borgnelais' .

Borgne, also referred to as Au Borgne, is home to about 60,000 Haitians that mainly rely on agriculture and fishery as their sources of income. The most common produce in the town are bananas, cocoa, coffee, and oranges. It has a library, a theatre, and a small hospital sponsored by the Haitian government.

Borgne's main road east of the Petit Bourg River is Route Departmentale 104, which runs east from Borgne through Bayeux, then turns south through Port-Margot. As the major east–west route in the region, there is no national highway which runs through Borgne; Route Nationale 5 passes through neighboring Port-de-Paix and is linked by Route Departmentale 51. Route 51 is the town's main road west of the center and links it to Petit Bourg. But the route is hard to access, due to steep inclines and bad roads. During the rainy roads, many of Borgne's underdeveloped roads are impassable. Route 104 passes through Port-Margot and links to Route Nationale 1 in the city of Limbé, 30km (18 miles) southeast of the town.

The commune has no fixed electricity, relying only on generators and solar panels for power.

The picturesque town has yet to develop its tourism industry, having the potential to be a main tourist attraction in Haiti's North in the future. Despite this, the future of Borgne seems bright as a "sister cities" relationship, a cooperative agreements between towns and cities, with Honeoye Falls, New York is on the works.

Borgne Beach
Add a photo to this gallery

Retrieved from "https://haiti.fandom.com/wiki/Borgne?oldid=29501"
Community content is available under CC-BY-SA unless otherwise noted.